A Guide to the Haw Ridge Canoe Trail 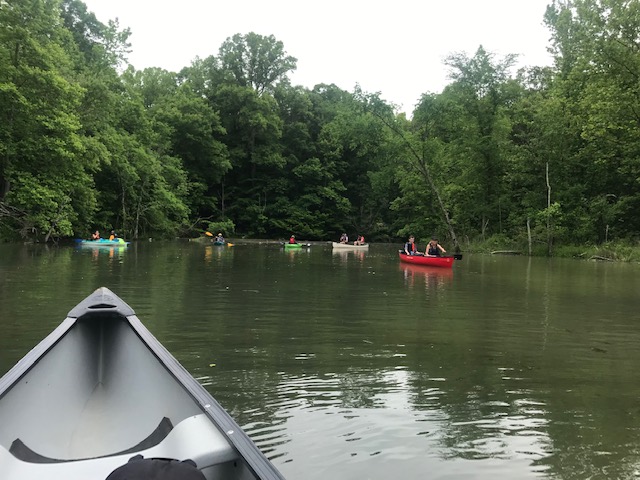 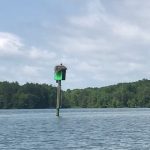 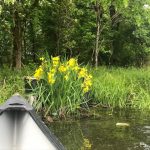 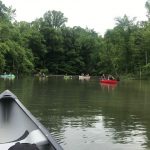 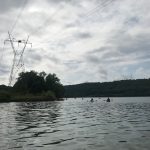 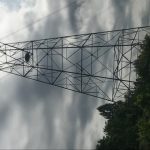 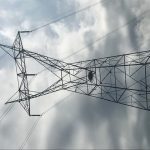 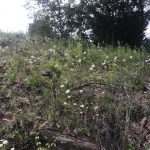 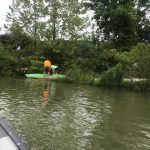 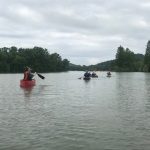 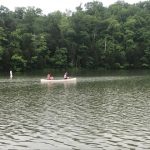 Access: Start and end at the City of Oak Ridge’s Solway Park on Edgemoor Road just east of the Oak Ridge and of the Solway Bridge (Tennessee Highway 62). No need to shuttle cars! Take the second entrance into Solway Park (after passing the entrance to the boat launch ramp). The canoe launch site is at the edge of the cove opposite the point of wooded land (We hope to have a marker sign someday). Cars can be pulled alongside the water’s edge for unloading and loading canoes. Parking spaces are provided adjacent to the starting point.

Canoe Trail: Follow the attached map. The canoe trail begins as you round the point of Haw Ridge Park opposite the access site (we hope to mark this point). Cross the cove to that starting point and proceed upriver along the wooded shoreline of the ridge. Several large oak trees have fallen into the water, providing cover for fish. The tall standing trees on the wooded hillside are often parches for great blue herons and ospreys.

Canoe between the shore and the beds of Eurasian watermilfoil (“water weeds”) that lie offshore. This shoreline band of open water is caused by water level fluctuations that kill the milfoil roots when they are exposed to air in winter. Fish can often be seen at the edges of the patches of milfoil; they may see you first and dart away (listen to their splashes and watch for their wakes). Although a nuisance to power boaters and water skiers (who will avoid this backchannel), the milfoil is important fish habitat and contributes greatly to the productivity of the Clinch River in this area and to its attractiveness to
wildlife.

On the shore side, notice the change in vegetation where TVA trims under the power lines–from tall forest to shrubs and bushes. The trimming stimulates diversity of both plants and animal life. Enter coves as you follow the shoreline, watching for wildlife ahead as you round bends. The farther you go up the shoreline, the more the vegetation contains emergent wetland plants that occupy the “feet in the water, head in the air” habitat. These plants are the cattails, sedges, and reads. The shoreline also has a high diversity of wildflowers and blooming shrubs (bring your guidebook).

You cannot help but notice debris in places. Coves inevitably collect windblown debris from the river, both natural logs and sticks and human refuse. Take back a few bottles or plastic cups you find bobbing around or washed on the shore and dispose of them properly (recycle if possible). Old tires may look bad, but they provide excellent cover for young fish in the rather barren underwater environment of a reservoir. They are actually placed in lakes by fisheries agencies as a form of habitat improvement More appealing visually are the old tree stumps that also provide excellent fish cover. Watch for bass
and bluegill lurking among the roots.

The series of coves on the left that finger into the woods of Haw Ridge Park will eventually end in a shallow marsh. An old boat carcass marks the point where you will bear to the right, moving slightly downriver around the tip of a low peninsula. The peninsula has more wetland shrubs and emergent plants. You will want to round it (at a distance, for it is shallow!) and continue upstream for a little while, for a bit upstream is one last, large cove. This cove has several large tree “snags” that are popular roosts for many large birds.

Having traversed the last cove, return downriver along the shoreline to the tip of the low peninsula that was rounded earlier. At this point, continue straight out into open water (it is still too shallow for powerboats). The point continues underwater as a shallow bar, as you probably noticed earlier. The water is but a few feet deep all the way to a small island (that may be submerged in high water, but which sprouts a few sickly trees). Herons and waterbirds often feed in these shallows. Watch for schools of shad and other small fishes that make up the heron’s diet. Do not fear the milfoil beds, just
canoe in the open water among them or strike out through them (they really do not gobble up canoeists although they will seem to grab at your paddle). Pull up some milfoil strands and see the abundant aquatic insects and other tiny life that hide in the crevasses.

From the small island, angle back to the main shoreline that you canoed along before. You will soon be back at the wooded point from which you started. A short trip to the right up the cove in which you launched provides an interesting view of a rocky shoreline as contrast to the marshy wetlands seen
earlier.

Development of the Haw Ridge Canoe Trail on Melton Hill Reservoir (Clinch River) is a project of the Tennessee Citizens for Wilderness Planning in commemoration of Oak Ridge’s 50th Birthday in 1992-93.