Introducing TCWP – Past, Present, and Future | by Liane B. Russell 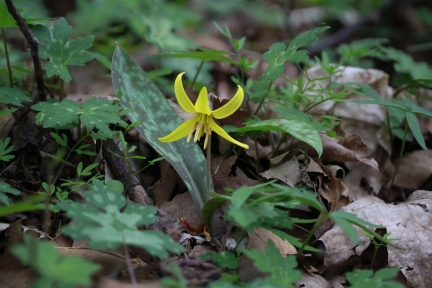 Here we are – half a century old and going strong. How did we get started? What have we accomplished? What are we doing now?

One of two stimuli that led to the formation of Tennessee Citizens for Wilderness Planning, TCWP, was a TVA proposal for a dam that would inundate the wild and uniquely beautiful gorges of the Obed River system in the Cumberland Mountains. Another stimulus was a government proposal to fragment the Great Smoky Mountains National Park with yet another transmountain road. Citizens already poised to form a Save-the-Obed organization joined with those concerned about the Smokies to form TCWP in the summer of 1966 (incorporated Oct. 1966). An energetic membership soon grew around this highly motivated nucleus of people.

The mortal threat to the Obed seemed almost insurmountable in those days, but TCWP’s unearthing of pertinent facts, plus application of appropriate political pressures, managed to kill the dam project. Our subsequent efforts to obtain positive, permanent, protection for the Obed finally paid off when, 10 years later, the Obed with its major tributaries became a National Wild & Scenic River, the only one in Tennessee, and only one of three in the Southeast. In the meantime, too, the new trans-mountain road through the Smokies had been defeated.

Not long after TCWP was formed around these two initial issues, several other harmful agency proposals and destructive land-use activities came to swell the number of campaigns undertaken by the group. The Corps of Engineers was determined to impound the Big South Fork of the Cumberland River behind what would be the highest dam east of the Mississippi, Devils Jumps Dam. TVA had proposals for one dam on the Little Tennessee and two on the Duck River. Stripmining was experiencing a major growth in extent and destructiveness owing to the availability of new equipment. TCWP took on these battles with a great deal of energy and persistence, several escalating into years of effort.

While some of them eventually ended in defeat (the Tellico dam and one of the two Duck River dams got built), TCWP chalked up several very major victories. Like the Obed, the Big South Fork was not only saved from the proposed dam, but permanently protected by federal legislation. Designation of the 125,000-acre Big South Fork National River and Recreation Area in 1974 counts among TCWP’s greatest achievements. The proposed transmountain road through the Smokies was defeated. Stripmining was regulated first at the state and then at the federal level (other, newer, organizations eventually took over the main thrust of that battle). TCWP also partnered in successful efforts to designate wilderness areas in the Cherokee National Forest. It would take books to describe these efforts more fully.

While all this was going on, TCWP was also busy developing needed state legislation and finding willing and able legislative sponsors. Three important Tennessee bills got passed: the Scenic Rivers Act in 1968, the Trails Act in 1971, and the Natural Areas Act in 1971. We soon learned that just passing a law was not enough; we had to remain vigilant to protect it against future weakening, and active in ensuring its implementation. Of the three state laws, the last named has had the greatest success; Tennessee presently has 82 legislatively designated state natural areas occupying more than 120,000 acres, and over 30 Registered State Natural Areas.

On the local front, TCWP worked to protect the extensive Oak Ridge greenbelt areas. To build public knowledge of, and thereby public support for, the greenbelt, we developed the 11-mile-long North Ridge Trail system, which was soon designated both a state and national recreation trail and has been maintained by TCWP since its inception. Smaller ecologically significant areas in Oak Ridge that also gained protected status as a result of TCWP efforts are the Cedar Barrens and Worthington Cemetery.

Many of the lands and waters TCWP undertook to protect still require attention, though some of the issues have changed. In the case of the Obed, for example, a significant amount of the land acquisition still remains to be done, inadequate operating funds need to be increased, protective management plans must be promulgated, and adverse impacts in the upstream watershed must be prevented. For the Big South Fork, too, much land within the authorized boundary is still not acquired and threatened by development; and with so much of the watershed lying outside the Park, protection of water quality is a constant challenge. Another federal agency still requiring our attention, though no longer in the dam-building context, is TVA. It controls major land as well as water resources, and efforts for their protection must be supported, especially since Congressional funding for the agency’s non-power programs has ended. One of TCWP’s stewardship activities is maintenance of the trail through TVA’s White’s Creek Small Wild Area, an area designated in response to our advocacy.

Much of TCWP’s work continues to be done on the level of state government. In the 1990s, we participated in the eventually successful effort to establish a state fund dedicated to the acquisition of ecologically significant lands that need protection; and, over the years, we’ve had to fight repeatedly against the abolition of this funding. We strongly supported Gov. Bredesen’s historic Connecting the Cumberlands project that in 2007 added 127,000 acres in the North Cumberlands to existing parks and Wildlife Management Areas. We work to prevent the evils of stripmining (through legislation and through Lands Unsuitable for Mining Petitions), and we are constantly engaged in trying to stop legislative assaults on clean water, clean air, and natural lands.

Because public funds for the protection of land have become so scarce, TCWP in recent years has encouraged non-governmental purchaser who will protect important areas. Several thousand acres adjoining Pickett State Forest have been safeguarded in this manner. TCWP itself raised money to acquire critical parcels that can be held until acquired by the appropriate government agency. One of these is within the Obed Wild& Scenic River boundary; the other abuts a TVA Small Wild Area.

From the beginning — and honed over years of experience — TCWP’s mode of operation has involved the development of information sources, consultation of experts, and evaluation of data. We inform our members via the up-to-date TCWP Newsletter that includes concrete action suggestions, through our website, and through timely e-mail alerts. We network extensively with other organizations, both on issues where we take the lead and on issues where we play a supporting role. When necessary, we participate in law suits. And, very important, we develop and maintain contacts with legislators and administrators. Our members are provided with an annually updated Political Guide (how to contact key players) so they can effectively utilize the “What You Can Do” information in Newsletters and in Special Alerts. We also publish pre-election information on the candidates’ environmental record and/or their platform; and TCWP is a member of the Tennessee Conservation Voters, the lobbying arm of Tennessee’s environmental movement.

For its first two decades TCWP’s work was accomplished entirely by volunteers. Subsequently, we supported a part-time, and currently full-time, executive director. These dedicated individuals have done much to revitalize our volunteer efforts not only on the numerous issues, but on such activities as organizing outings, programs, social activities, and stewardship functions.

TCWP has a clear mission – to achieve and perpetuate protection of natural lands and waters — and possesses some special strengths. We have accomplished a great deal in the first 4+ decades of our existence, but the task is never ending. We hope you will join us!